What Memorial Day Should Mean to the Modern Civilian

I've heard many arguments over whether our American soldiers are fighting and dying for our country, the flag, or our freedoms. It is often said the soldier is fighting for the survival of his brother and sister soldiers.

These arguments among civilians, often negatively heated and televised on various news networks, over the reasons for the wars and why the soldiers are fighting are pointless. I'm fine with whatever the mindset of the soldier, as long as they come home safe. Too many of them do not, however. Many are wounded, whether it be in the physical or the mental sense, and far too damn many come home in caskets draped in our colors.

What every civilian needs to remember these days is that they are doing all of these things at once. They are fighting for our freedoms here at home, which is the United States of America as it is represented by the flag of red, white, and blue. What we also have to understand is that they are fighting for their very survival. These men and women will have seen and experienced things they will never wish to speak of, and if your grandparent, parent, aunt or uncle, sibling or friend, do not wish to talk about it, the worst thing you can do is press them.

For the life-long civilian, like myself (I am physically unable to have served in the military), do them a favor and satisfy your curiosity about a conflict they were a part of by reading a book or watching the History Channel. Making your loved one or friend who was a veteran of a conflict speak of it will do nothing but upset them and create more distance between themselves and you.

So, today social media is flooded with your friends and family posting pictures of loved ones in uniforms from the era in which they served. They are all special and they are all heroes. Give them a 'like', a 'heart', or a 'share', or some kind of kind acknowledgement. I have no such pictures to share, as my mother's father passed away in 1958 and my other grandfather became estranged to my family in 1983. Both men were WWII veterans and I am unable to thank them or pay tribute. My father-in-law, who passed away in 2004, was a Marine in Korea, and I have the privilege of joining my family in a dedication to the armed services today. 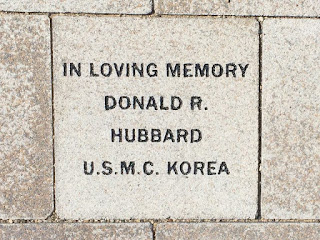 If you see a veteran on the street or during a memorial service of some sort, shake a hand, give them a smile and, above all, give them your respect. Unless you are preparing to write a history book and you are lucky enough to find that special veteran that wishes to speak of his/her experiences, leave it at that.

This is especially true for the younger veterans of the conflicts against terrorism in Iraq, Afghanistan, and points in between or beyond. Mostly, these veterans want nothing more than normalcy. For the love of our country and their sacrifice, give them that feeling of belonging. WE have NO idea what they are struggling with from minute to minute, from day to day, or through the night.

So, to all us civilians: this Memorial Day, let's all drop the political arguments at our family gatherings, discussions of 'what was', 'what should have beens', and 'what's coming', and be as respectful and positive as we can be. The veterans among you are thinking of their lost comrades.

Happy Memorial Day to all, and to all families and friends who have lost a loved one, my sincerest gratitude. 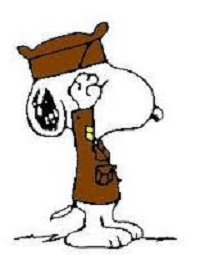