As I write this, I’m sitting in my favorite writing spot at home, having just returned from our voting place. Truly, it’s been the most unusual race for the presidency I’ve ever witnessed. From my perspective, the phrase, “lesser of two evils” has never been more clearly defined.


I won’t get into who is right or wrong for our country, and I certainly won’t debate anyone, attack anyone, or defend anyone for their choice or political beliefs. It simply isn’t any of my business, for one. For another, it’s none of your business who I voted for and I don’t care about the opinions of others, anyway. At 46 years old, the curmudgeon in me is fully developed and I simply don’t give a shit what other people think. I’m not very interested in politics, in any case. Besides, history has shown me that the vast majority of things that I worry about never occur. If the person I did not vote for wins, I’m sure it won’t be as bad as we fear.


Ultimately, no matter whom we think is ‘running the show’ from behind the desk in the Oval Office, it is the owners of the corporations that steer the world with their dollars. Collectively, however, the citizens have the last say. We only need to become collectively pissed off enough about something to act. I do fear, however, that most of us have become complacent and let the media control us. We are dazzled by our electronic toys, creature comforts, and fancy cars, too pampered to do anything about the world’s issues. Men like Bill Hicks and George Carlin have been trying to warn us about such things for decades, but most don’t believe it. Like it or not, we’re a nation founded by rich men, made up of stolen land, and built on the backs of slave labor. We have come a long way since then, but the history remains.

Below is a link to a collection of Bill Hicks routines that make one think. Warning: Explicit language. 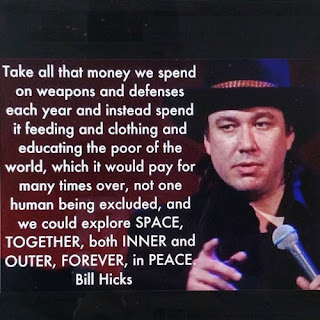 Here's a bit of Carlin's brilliance. It may be a little harsh, but he has some good points here. 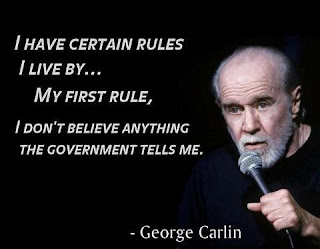 At this point, I have to say in all honestly, I love being here. There’s no doubt about that. I do love my life here on Earth, in this country, and in this state, and in this town. I doubt that I’d enjoy living outside the U.S., despite its sketchy history and tenuous place in today’s world.


I know what you’re thinking, and you’re right. A lot of other countries in the world started out similarly, and are a lot less able to care for their citizens, are poor, and cannot hope to offer the standard of living that I’m used to. Furthermore, millions of humans have been killed by their governments during our brief existence. I do sleep very well at night, knowing that, at the very least, we are relatively safe and secure here in America. 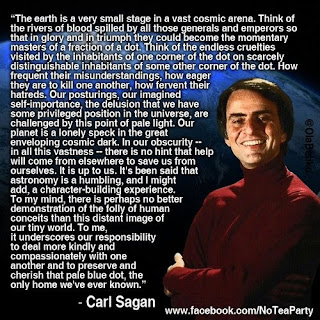 In case one does not realize it, November 9th, 2016 would have been Carl Sagan’s 82nd birthday. Unfortunately, however, he passed from this plane of reality nearly twenty years ago. I’ve been a fan of this world-famous astronomer, astrophysicist, etc., since Cosmos was first on the air on PBS here in Chicago back in 1980, and he helped to shape my sense of wonder and, in many ways, my manner of reason. He is one of the many reasons I’m a writer and often, it is his voice I hear when I read the words I write back to myself, almost more so than Leonard Nimoy’s. I have Cosmos on DVD and have a great time revisiting it every once in a while.


While I work, whether I’m writing or editing another’s work, I often watch or listen to videos on YouTube. There are some amazing compilations that feature Sagan, setting music to the man’s voice as he narrates his written works. I’ve included some links to those here, but I often share them on Facebook. 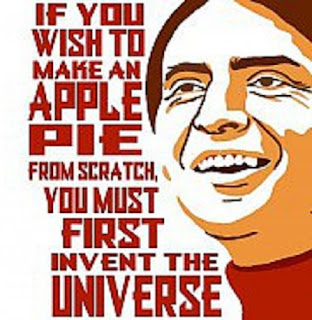 I know for certain what Carl hoped for. He knew that our next step as a race was the immense undertaking of space exploration. He would not be too happy with NASA’s lack of progress today, but I do think he would applaud the entrepreneurs that have taken it upon themselves to build their ships and space stations. Companies like SpaceX, Lockheed Martin, Bigelow Aerospace, and many more, would have his support, I’m sure.


Sagan was concerned for our well-being as a species, hoping beyond hope that a nuclear apocalypse would not occur, ending our miniscule bid of existence in the vast universe. He wanted what men like Neil deGrasse Tyson, Michio Kaku, and Stephen Hawking have wanted all their lives: to see mankind take their place in the stars. Sagan wrote many books on humanity’s evolution and shared his hopeful vision for our future. He wrote heartfelt science fiction that went hand-in-hand with his nonfiction and gave millions of people hope.


He spoke of our narrow-mindedness, our irrational beliefs, our slow social progress, our propensity to nationalize rather than humanize, and our wastefulness of resources. Carl also spoke of our great potential, our ability to adapt, our phenomenal sense of wonder, and our natural need to explore.


I have always appreciated this man and will continue to appreciate his memory, and those like him. We, as a species, need men like Carl Sagan, to point out what we’re doing wrong, to keep that humility in us strong and healthy, and remind us what we are capable of accomplishing, if only we wish to achieve it. We also need the comedians who make us think, like Bill and George, who give us the ability to laugh at our own stupidity while stimulating critical thought.

Here's a Bill and George mashup I like: https://www.youtube.com/watch?v=cvz9uSK3zXo 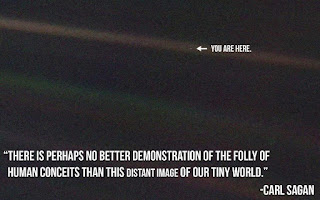 We humans are capable of greatness: https://www.youtube.com/watch?v=m6ugFcwsgpE

Thank you for reading, everyone.