Happy Xmas [War is Over]

So, this is Christmas. And what have you done?


As an example, I point out this phony "War on Christmas" that many people believe we’ve been “fighting”. I think I first heard the term about seven or eight years ago and I dismissed the notion immediately. It’s utter bullshit carried on solely by the media, and if you think there’s actually been some sort of restriction on greeting people with “Merry Christmas”, then guess what. It’s on you and no one else. There is no war on Christmas. You saw that on the news, read it in the paper or online, and for some reason, decided to believe it.


The phenomenon known as “Political Correctness” is a term that’s been around more than twenty years and its effect on people turns by stomach. The media has duped Mister and Misses America into thinking that their beliefs and thoughts need to be curbed in order to avoid insulting or offending people.


Well, Merry freakin’ Christmas, people. Your so-called First Amendment privileges have been compromised…all by yourselves. It’s a shame to see such wonderful people, as we Americans can be, handcuffing themselves in the name of something that shouldn’t exist. Throw away your “Political correctness” nonsense and wish someone Merry Christmas if you want to. There’s nothing wrong with it. 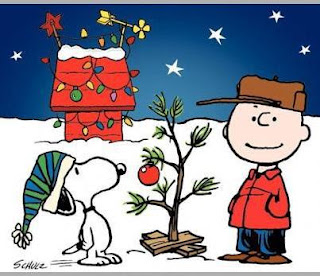 The worst thing that should ever occur by wishing someone a Merry Christmas is a minor blip of embarrassment when the other party is not of your faith. For instance, if you hear “Happy Hanakkuh” in return, you both need to smile, nod, and move on with your day. There is no need to feel shame or to censor your words because this country is comprised of people of all races, creeds, and religious beliefs, and we all need to remember that and be understanding. There’s no reason in the world to take offense just because someone greets you with the wrong holiday message. Further, I couldn’t give a shit about the design of Starbuck’s holiday coffee cups.


What are we, children? Grow the hell up. I’m sure we all have better things to worry about. Of course, there will always be people with an abundance of negativity all stored up so they can go on a rampage on Twitter or some other social media site. This is America, land of the free, at least in theory.


It may come as a surprise to you that I am an atheist. This means that I do not believe in any religion’s gods, goddesses, or what-have-you. I say “Merry Christmas” anyway, though sometimes I say “Happy Holidays”, too. Why? Because I can.


As an atheist, I am aware that some of us non-believers protest Nativity scenes on church lawns, Christmas trees in the lobbies of courthouses, or including the phrase “under God” in the updated “Pledge of Allegiance”. These people make a big deal out of every little thing and I’m here to tell you that no matter what the reasons they state publicly, the simple reason behind their protests is that they have nothing better to do than to screw with the happiness of other people. That’s the beginning and the end of it and it’s sad.


My point here is that we are, all of us, everyone, are just people that want to be happy. Not just here in America, but as humans, that is what we all want. The holiday season is a time of the year where we are supposed to embrace peace and love and show each other kindness.


Like many of you, I have very fond memories of the Christmas season. I love giving gifts, and yes, I’m not going to lie to you, I love receiving them. I love the decorations, the lights on the tree, Christmas cookies, plastic Santas that light up, "A Charlie Brown Christmas", and holiday freakin’ punch. My Christmas is about songs of peace, winter, snow at Grandma’s, and how Santa lost a ho. It’s about spending time with friends and family, exchanging gifts, having food and drink, and remembering those that can no longer be with us.

Click here for the song: Santa Lost a Ho

I know what you’re thinking and you’re right. I am just a regular Joe just like you, despite being an atheist. My wife is a Lutheran, as is my mother-in-law, and I’m fine with it. I believe in letting people celebrate whatever holiday they wish in whatever manner they wish, as long as it is not of a violent nature.


So, you may be wondering why I’m writing this in a rather gruff manner. I believe that what’s happening in this country started with being “politically correct” and the nonexistent war on Christmas. Many people bought into that garbage and it got worse from there. Fear of offending people and having a public backlash became more important than showing each other humanity and respect.


This did nothing but breed negativity in people, and in turn, the populace lashed out, taking up the cause of ‘taking the country back’ and ‘making America great again’. Back from what? Where’d it go? Talk about your meaningless, uninspiring buzz words and phrases, those were just a few I’ve been hearing.


To label those that voted for Donald Trump as stupid or racist is too broad, unfair, and, for the most part, incorrect. Recently, I was surprised to learn that a couple of friends of mine, people I’ve known since high school, voted for him. In asking about this further, although I typically wouldn’t have, I was shocked to find out that they believed quite a lot of the fake news reports regarding Hillary Clinton. People like my friends are reasonable, intelligent people, and were duped by unscrupulous, dishonest people that write these mean-spirited phony articles for their own amusement.


2016 has been a rough year for America. With mass shootings by lunatics, more shootings involving police, rioting, the harassment of the Sioux by the Federal Government, sponsored by the oil industry over the Dakota Access Pipeline, and the strangest presidential election I’ve ever witnessed, Americans are divided, perhaps as severely as we once were over the Vietnam War.


This is exactly why we all need to relax and show one another a little humanity this holiday season. This Christmas, let the frustrations go. Why not perform a selfless act of kindness for a stranger? Drop a little extra in the big red bucket while you’re at it. Visit with family and friends and talk of better times. Leave the politics at home, it’ll still be there in the new year.


“And so, happy Christmas
(War is over)
For black and for white
(If you want it)
For yellow and red ones
(War is over)
Let’s stop all the fight.
(Now)
A very merry Christmas
And a happy new year.
Let’s hope it’s a good one
Without any fear.” ~ John Lennon

Click here for the song: Happy Xmas [War is Over]


Merry Christmas, everyone! I wish you all peace and love this holiday season.


Thank you for reading. 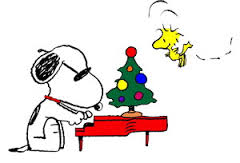